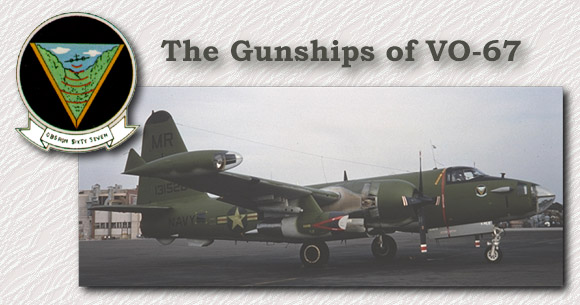 Twelve P-2Es were modified by Martin Aircraft in Baltimore, Maryland, for the aerial delivery of acoustic and seismic sensors. Modifications included the replacement of the MAD tailboom with chaff dispensers, the installation of a camera pod beneath the rear fuselage and two SUU-II 7-62 mm miniguns beneath each wing. A Norden bombsight was placed in the nose, and provisions for carrying parachute-retarded sensors were also fitted. Assigned to the specially commissioned VO-67 squadron, the OP-2Es were operated from Nakhon Phanom RTAFB in Thailand between November 1967 and July 1968 seeding sensors along the Ho Chi Minh Trail.