Patrol Squadron ONE was commissioned in Florida in 1943 as VB-128. Soon after commissioning, VB-128 was transferred to NAS Miramar, California, flying the then new PV-1 Ventura. In January 1948, the squadron, known as VPML-1, was transferred to the Naval Air Station, Whidbey Island, Washington. Between January and September of 1948, VPML-1 deployed to the Aleutian area twice. In July 1950, soon after the outbreak of hostilities in Korea, VP-1, as it was now known, deployed to Okinawa.

From 1951 through 1955, VP-1 made frequent deployments to Okinawa. In 1955, it introduced the P2V-5 to the Pacific Fleet and became the first patrol squadron to make an around the world cruise, accomplishing this feat in May of that year.

In 1956, VP-1 deployed to Kwajalein in the Marshall Islands. In 1957 the squadron, flying P2V-5F aircraft, deployed to Kodiak again. In August 1959, equipped with P2V-7S aircraft, VP-1 made its first deployment to lwakuni, Japan. From 1959 to 1964, the squadron alternated between its home at Whidbey Island and the Alaskan Aleutian area.

PATRON ONE returned to lwakuni on October 15, 1964. Flying assignments took it all over Southeast Asia. A letter of commendation was received from General Westmoreland, Commander, U.S. Military Assistance Command, Vietnam, for missions flown on coastal patrols off South Vietnam.

Throughout its 23-year history, VP-1 has set enviable records for flying proficiency and overall excellence. While at Whidbey Island, the squadron has swept nearly every VP award established by COMFAIRWHIDBEY. In March of 1964, the Honorable Paul B. Fay, Undersecretary of the Navy, presented the squadron with a trophy for being the top ASW squadron at Whidbey for the 18 month period ending June 1964.

Top honors from COMFAIRWING FOUR were received on July 23, 1965, for again being the top ASW squadron and winner of the Safety Totem Pole competition for the second consecutive year.

In August 1965, COMNAVAIRPAC announced that PATRON ONE was the Pacific Fleet winner of the Battle Efficiency "E" Pennant, the Captain Arnold Jay lsbell ASW Excellence Trophy, and the Chief of Naval Operations Aviation Safety Award. The Squadron had flown over 40,000 accident-free hours, 11,000 of which were flown during fiscal year 1965.

On 1 February 1966 Patrol Squadron ONE aircraft again touched down at MCAS lwakuni, Japan. Six days later Squadron planes were winging their way south. For the next four months a seven plane detachment was maintained at Tan Son Nhut Air Base, Saigon, Vietnam. The detachment was part of Market Time Operations patrolling the South Vietnamese coastline for enemy infiltration of men and supplies. Over 340 Market Time combat missions were flown logging 2400 hours of flight time. It was during this phase of the deployment that the Squadron suffered both aircraft damage and personnel casualties as a result of enemy action.

At the end of fiscal year 1966 the squadron's safety record had risen to over 48,500 accident free hours. During the 1966 deployment the squadron's ASW readiness level reached a point unequaled at any time within the history of the squadron.

Patrol Squadron ONE has traditionally lived up to its nickname, the "Fleet's Number ONE" squadron. The outstanding record of performance and achievements during the 1966 deployment has added further proof to the squadron's claim. 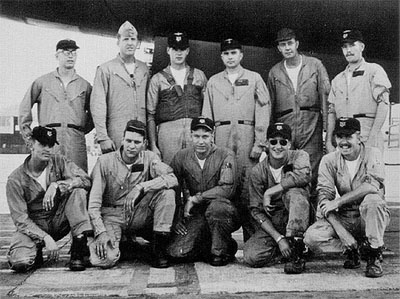